Home Articles Guyanese girls in ICT will expand our horizons 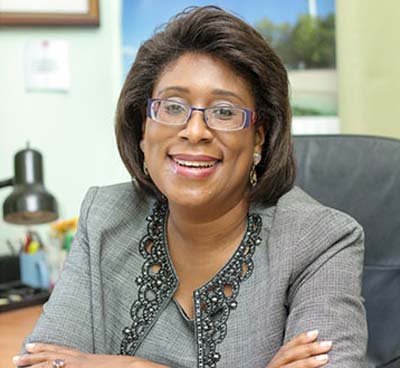 All over the world, especially in member countries of the International Telecommunications Union (ITU), people came together on Thursday last (April 27) to spread awareness of the roles that women are playing and will play in the world of ICT. ‘Girls in ICT’ has become a fixture on the annual international calendar since the ITU designated the last Thursday of April as their special day.
Here at home, the Ministry of Public Telecommunications spearheaded three major events organized and executed by the National Frequency Management Unit (NFMU), and the National Data Management Authority (NDMA) of which the eGovernment project execution unit is a part.
The NDMA outreach took in five specially selected female students from each of 10 city schools to tour several tech-intensive agencies and private companies including GuySuCo, the GRA, the NDMA and Digicel. The budding girl technologists came from Queen’s College, Brickdam Secondary, St. Joseph High, North Georgetown, Christ Church and other Secondary Schools.
Simultaneously, nearly 300 fifteen and sixteen-year-old girls attending Leonora Secondary and other schools in that West Coast Demerara catchment area participated in a very successful symposium at Leonora Secondary that was well executed by the NFMU. The young ladies, also budding techies, received video messages via Skype from the ITU Secretary-General, Houlin Zhao, and from famous Hollywood actress turned Advocate for women’s rights in ICT, Geena Davis.
Below are excerpts from the message delivered by Minister Catherine Hughes:
“I’ve had the opportunity to meet a young lady who is now the Senior Marketing Strategist at Google’s New York headquarters. She is so knowledgeable about the internet and Information Technology that she believes that there is nothing that ICT cannot do.
I want you to believe that there are no limits to your future. With everything moving at such a high speed, you are now being placed in the right positions to follow up what has already started. There is a reality that we are trying to change. There are still a few girls who believe that the field of Information Communication Technology is just for boys and men, and that it is difficult. This day was designed to tell these young women that they are wrong! Don’t let the word technology fool you, or keep you from taking charge of it.
You have definitely begun to learn about apps and computer software. Yes, you have! What do you think enables you to text back and forth with your friends and family here and overseas? What do you think WhatsApp and Instagram, or Pinterest and Twitter are? These are ICT applications that were designed to improve communication among people anywhere in the world … and some of the apps were designed with tremendous input of women!
You utilize computer applications every day … your phones and tablets have become parts of your lives. You are so familiar with them and right there you have familiarized yourself with some basic ICT know-how, and you do have some new ideas, I know that. So don’t you want to be able to put some of your own ideas into action – like design an app that alerts you to cyber bullying, or one that tells you if someone tried to access your photographs?
The University of Guyana has a very successful Computer Science and ICT programme, but unfortunately only a small number of girls graduate from it. It is apt to note that the best graduating student in 2016 was a young lady! She came out on top of her class of mostly males. And today, the University’s Computer Science Department now has its first female Head! We’d like our next generation of professionals – you – to change this dynamic.
The ICT sector is never short of job opportunities, because it always needs new talent. There is always something new being designed, and the next new thing is always around the corner. Young people are starting up new companies right here in Guyana with just an idea, but the bigger companies that opened their doors 30 or 40 years ago have to digitize their businesses to keep up with the rest of the world, to sell their products. They need people with IT skills to run their digitized operations. These are even more job opportunities.”
Minister Hughes talked about the 52 Community ICT hubs that are already up and running in numerous rural and urban areas such as Baracara on the Canje River. Students could go to the community centres to complete their school assignments free of cost, and community leaders could utilize the free internet to make contact with other small towns like theirs in other countries and establish brother/sister exchange relationships.
She spoke to the teenagers about the 102 Secondary schools that NDMA/eGovernment has already connected to the national LTE networks, and listed the areas where the installation teams will go to next. She also laid out broadly the main reasons behind this initiative.
“It is to raise the level of IT instruction in schools … it is to improve our children’s grasp of the numerous ways the Internet would influence their decisions about their future because when all is said and done, you are the future of this nation.”
Minister Hughes implored the female students to consider the real benefits of a career in ICT and the wide scope of opportunities it offers to change themselves and their communities. She spoke about the Centre of Excellence in Information Technology (CEIT) which the NDMA will open shortly in collaboration with the Government of India.
The week culminated with a Mentorship Luncheon at the Umana Yana at which the female role models took the opportunity to connect personally with sixth formers and university Computer Science students.